R: 46 / I: 23
Just played deep Rock galactic the whole evening and this game is really fun 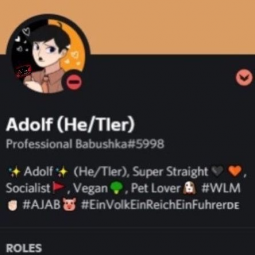 R: 9 / I: 5
I have 9 friends on steam of which every single one is offline.
I'm the only manchild that plays games at this time

R: 7 / I: 4
that guy is stackmaxxing social credits

R: 2 / I: 0
did anyone epse notice a timeline shift either last night or today?

I thought what the fuck and we tried for 30 minutes before giving up. Then later I figured it out. Your firmware needed to be updated and you need to have an online connection to even play the game in LOCAL COOP.
WHAT THE FUCK MAN. This is worse than steam. At least on my PC I can crack the games

R: 2 / I: 1
Why can't the dumbass Japs just make good anime instead of bad anime?

R: 11 / I: 7
Why is the board so dead when I am not reposting threads from /v/
Also remove this gay captcha already

R: 2 / I: 0
Just saw a BDSP ad on TV and I felt really uncomfortable watching it. I always find it strange seeing "non normie" stuff on TV. The ad was basically aimed at 20 something dudes, as it showed a boy playing the old one and a grown up man playing the remake.

R: 5 / I: 2
I bought River City Girls yesterday for the Switch, the digital, not the physical from Limited Run Games.

I made a huge mistake, I've played tons of beat em ups and I know they're supposed to be hard but this one is cheap, I know its core mechanics are the same as any Kunio game but this one feels so outdated, leveling up is pointless, equipped items have zero effects.

But the worst part is the cringey weebo shit, the voice acting sucks and reminds me of those early dubbed OVAs from the 90s, they're supposed to live in Japan but maybe some Americanized one? The animation is almost as bad as the CD-i Zelda and Mario games and for $30 I expected a lot more.

Some people say the game is way more enjoyable as a couch co-op but for single player the game is simply not worth it. 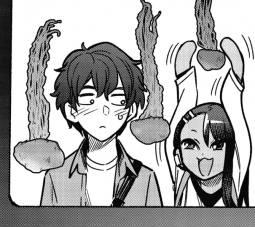 R: 1 / I: 1
>master was renamed to main
>all branch policies exploded

R: 5 / I: 1
someone posted a madoka AMV with a german song on here and it recently popped into my head again and I can't stop thinking about it could someone please repost it

talk me out of it

BDSP: What we learned from the leaks

It’s over. This is the worst mainline Pokémon game ever released.

R: 12 / I: 5
I really liked how crisp it looked. Modern devs go out their way to make the game look blurry and washed out.

R: 23 / I: 9
I bet you faggots never saw this message.
That's what you get when you don't buy a chinkphone

R: 3 / I: 0
I started doing push-ups since a few weeks now now I have pain in my elbows
Am I doing them wrong? Or should I just power through.

R: 7 / I: 3
My idiot brother lost his phone and of course I have to pay up with my neetbux…
I’m never going to get a new gaming chair or laptop or nice merch at this rate…
I can’t wait to pretend to study so the government gives me more money so I don’t have to beg my parents…

R: 5 / I: 0
dumb gooks made doors to enter trains because so many people were suiciding, but now they don't open in an emergency. elemao

R: 2 / I: 1
>I'm unvaxxed
>Get the cold, just small symptoms
>My GF is vaxxed, she got the cold from me
>She spread the cold to her friends, all of them are vaxxed
>They have/had heavy symptomps
>I got rid of it after 2 weeks
>They still struggling after almost 4 weeks

R: 9 / I: 1
How do you comfort someone who lost a loved one?
I seriously don't know. Like do you let them be alone? Or do you actively try to comfort them, like show up at their house uninvited?
Or do you ask them if they want to be comforted?
I really don't get it, as I never lost someone who was close to me

R: 13 / I: 2
>college about to kick me out in a few days because im not vaccinated
Welp, what now. I have no idea what to do with my life.

Only quads can kill him.
Dubs make him stronger.
Trips release his full power and destroy the board.

Watch mero while I'm on it

R: 2 / I: 0
>get a comfy warehouse job
>somewhat challenging for a bit until I figure everything out
>Fucking bored now
>Days at work where I can just fuck off all day because I know there's not enough work to do
>Mind numbingly bored

R: 3 / I: 2
bros…
he betrayed us
he literally implemented the skyrim compass

R: 9 / I: 4
>original web manga on hyatus
>author decides to redo it from 0 with someone else drawing the manga
>gets anime adaptation before the manga catches up to the web manga
>anime is now 2 years ahead of the manga
why the FUCK did they adapt this now its going to be at least 5 years before there's any content for a second season

R: 1 / I: 1
I went to the arcade yesterday, it's mostly VR stuff nowadays, also some games are pretty immersive like the Cruis'n Blast Motion cabinet, that thing literally blows your hair when you drive.

Have you been to an Arcade lately?

R: 9 / I: 2
There are a few things that make me instantly and completely lose all respect towards an individual:

what are your red flags?